Plant a tree in memory of Sarah
An environmentally-friendly option 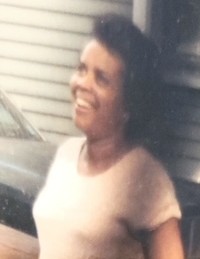 On Sunday, March 7, 2021 God spoke into the ear of Sarah Ann West and said, “Well done, good and faithful servant." "You have been promoted from service. So come on up and receive your reward.” Sarah was born on Sunday, June 21, 1936 to Mary H. West in Prince Edward County, Farmville, VA.

As a youngster, Sarah and her brother George were primaliary raised by their grandmother; Allie, lovingly known as Mama, as their mother; Mary worked. It was during these years; Sarah began her foundational teachings in her faith, her god and church as a member at the First Baptist Church in Farmville. VA.

Sarah received her primary education in Farmville, Virginia. In the fall of 1951, Sarah entered the Robert Russa Moton High School as a freshman. Built in 1939, as a public school for black students in Prince Edward County. As early as the 1940s, the school’s conditions were becoming problematic. Overcrowding was a major issue, with 450 students occupying a space built for only 180. When it rained, students had to use umbrellas inside the school to stay dry because the roof leaked badly.  On April 23, 1951, Sarah; members of her class as well as the entire student body  participated in the only student led walk out. The walkout led by students Barbara Johns and John Arthur Stokes was the impetus for a successful Supreme Court battle that resulted in a decision in favor of integration. The case, Davis, et al. v. County School Board of Prince Edward County was bundled with cases from South Carolina, Delaware, Kansas, and the District of Columbia into Brown v. Board of Education of Topeka, Kansas. Sarah graduated Robert Russa Moton High School in 1955.

Mary left Farmville in the 1950's to pursue careers in the North. Mary, the true matriarch of the family sent for Sarah to move North shortly after graduating, relocating to Montclair, NJ.

Upon settling in Montclair, Sarah made Union Baptist Church her home; where she served over 60 years.

While still uncommon for women of her day to work, Sarah held several positions, retiring with New Jersey Bell; in Glen Ridge, NJ as a supervisor, 35 years of service with the distinction of “Never Missing A Day Of Work, other than regular vacation time”.

Sarah passion was fashion. Cloths and heels.  You would rarely if ever see her without heels   She loved shopping and was considered a fashionista of her time.  She volunteered her time as a Nurse’s Aid for several years at local nursing homes and enjoyed Crocheting. However, at heart Sarah was the that aunt and cousin who taught you “our” history from how she experienced it in her lifetime, took you shopping,  played with, song songs with, rode bikes with, went to the brook, practiced spelling, math and other school subjects with, each family member present today!

Sarah’s only brother George reflects on his younger sister and their lifetime sibling connection in summary; “Sister Sarah was my Unwavering Best Friend”!

Sarah and her only niece; Jennifer, affectionately referred to each other as “Sis”. Sarah role in Jennifer’s life was monumental from day one. Jennifer’s lifetime memories of her aunt are overwhelming to express, but in short “I had the honor and privilege of knowing “Sis” for my ENTIRE life so there are so many memories that I have of her. She was not only my father’s sister, she was my BONUS mom. I have so MANY memories of all the different faces of “Sis”. The tough Auntie and the tender Auntie. The humorous Auntie with the contagious laughter and the militant and rebellious Auntie. The talented, progressive, domestic, authentic, and understanding Auntie. She was multifaceted like a diamond. She was an inspiration, a role model, and an extraordinary bonus mom.

In recent months, the antics of my “sis” have earned her the nickname of Superwomen on kryptonite. But her amusing interactions in their golden years were really not that much different from all of the OTHER years. Every day she wanted her shoes, saying. “Come on Jennifer, give me my shoes”. “You have your car, I’m ready take me home. Now, this way every day, all day.  I may not be there, it could be her brother, an aid or other family members. Sarah always wanted her shoes to go home. We all told her, she was home. On March 3, at 2:40 pm, I received a call from the aid; Tasha. “Your aunt has changed her saying.” Me. “Ok what’s new” Tasha. “She says her mother is coming to get her; and she is going”.  So I need my shoes”!  So today, not only has she received her rewarded wings but Sis, you are with “gram and mama” you are truly home; and you have your shoes!

Sarah was preceded in life by her mother, Mary H. West (Nov.2020). She leaves to celebrate her life, her brother George, niece Jennifer and a host of cousins and dear friends.

Plant a tree in memory of Sarah by clicking here.
To send flowers to Sarah's family, please visit our floral store.

A service summary is not available

Plant a tree in memory of Sarah
An environmentally-friendly option

Plant a tree in memory of Sarah

1 tree planted in memory of Sarah

A Memorial Tree was planted for Sarah Ann West

We are deeply sorry for your loss ~ the staff at Martin's Home For Service Inc.
Join in honoring their life - plant a memorial tree

Plant a tree in memory of Sarah